Tesla's work has undoubtedly changed the world for better and left a lasting impact.  The Tesla Memorial Society in New York glorifies and keeps Tesla's memory alive.  The Tesla Museum in Belgrade, Serbia, built in 1929, preserves the items of Tesla including more than 160,000 original documents, 2,000 books and journals, 1,200 historical technical exhibits, 1,500 photographs, technical objects, instruments, and 1,000 plans and drawings. 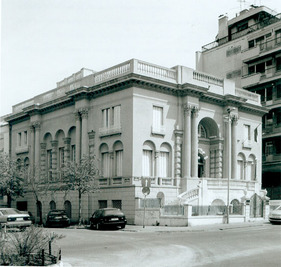 Picture of the Tesla Museum in Belgrade, Serbia (Tesla Society)
Tesla's name resurfaced with restoration of Wardenclyffe, his only remaining laboratory.  Wardenclyffe Tower was started by Tesla purchasing 200 acres in Long Island during 1901.  The lab's purpose was to find a way to transmit energy wirelessly.  Wardenclyffe was backed by J. P. Morgan, but Tesla went against the original plan and decided to build bigger, funding was cut and the site was abandoned.

There is a Tesla Museum in Serbia, but none in the United States.  "A dream of 16 years came true for science enthusiasts on Friday when they struck a deal to buy a dilapidated estate on Long Island and transform it into a museum and educational memorial to Nikola Tesla, an eccentric genius who lit the world with alternating current but died penniless." (The New York Times)

Artist Matthew Inman, The Oatmeal, created a comic, "Why Nikola Tesla Was The Greatest Geek Who Ever Lived," praising the inventor.  Inman launched an online campaign, raising  $1.3 million in 10 days.  Wardenclyffe will now be a museum.  "I think people from all over the world will want to visit the site of his laboratory," he said.  "It's going to be a tremendous thing." (The New York Times)

Without a doubt, Tesla's accomplishments throughout the years have created an unfathomable society.  What the world has today is all due to his work in AC and other fields.  Tesla's inventions have completely turned the world around. 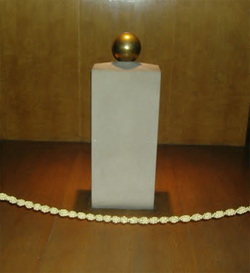 Tesla's Ashes were put into a golden ball and are on display at The Tesla Museum in Belgrade, Serbia (Tesla Society)